The High King (The Chronicles of Prydain #5) 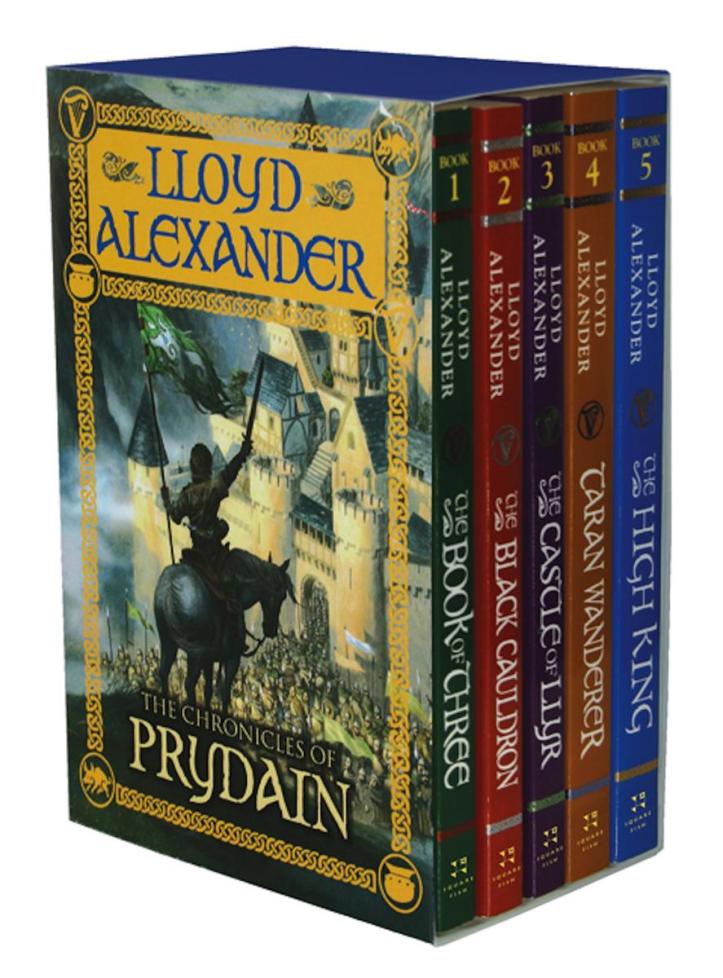 The High King (The Chronicles of Prydain #5) by Lloyd Alexander

The Chronicles of Prydain is a classic fantasy series that has been sitting on my virtual “books-I’m-embarrassed-to-say-I’ve-never-read” shelf for too long. No longer. Done and done.

There was a point right after reading the 2nd book, The Black Cauldron, where I nearly stopped reading. Up to that point I was having a hard time reconciling what I was reading with the fervent love and adoration everyone seemed to have for the series. The characters were grating. The story was sloppy. The writing felt lazy. I was getting fed up reading stuff like this:

The Hero: “Hmm, if only I had a sword, then I could save the day, sigh, whoa is me and ruin to wrack.” Next sentence: “Oh look, there’s my pet bird. Why is he here all of a sudden? And what’s that in his beak? Oh, wow, would you look at that? It’s a sword out of no where! Now I can use it to save the day even though I’ve never ever used a sword in my life and I can kill experienced trained warriors who, as I just explained, are magically enhanced and are nearly impossible to kill.”

The conflict resolutions were contrived, simplistic, and often just simply stupid. I didn’t think I could go on. But I wanted to give these beloved books the benefit of the doubt. I was sure there was something that I was missing. So I kept going. I’m glad I did.

In the end, I was convinced of the charm so many others swear by. The writing improved, the characters became more endearing, the story tightened up, and the conflicts came to more significant resolutions. Honestly, I’m not sure if the books changed or I changed, but somewhere along the way Taran the Assistant Pig Keeper and all his friends grew on me. The fifth book, The High King, is easily the best, and all the open ends carried through the books are tied up with a very happy bow.

What I really wish is that I had found these books when I was 10 years old. I am certain that to my less experienced, little-boy-brain The Chronicles of Pyrdain would have been a game changer. No wonder so many feel such fondness for the series! They read it has a child and carry a little bit of Assistant Pig Keeper resilience with them to adulthood. I think kids today who cut their teeth on the more complex themes of Harry Potter can handle a bit more depth than is found in The Chronicles of Pyrdain. However, the themes of bravery, what it means to be a hero, love, friendship, loyalty, courage, respect, trust, overcoming obstacles, proactively solving problems, acting instead of being acted upon, and many others are as timeless and applicable now as they were in 1964.

I’m thrilled to have found such positive messages inside of an exciting story, and I can’t wait to introduce my kids to Taran, Gurgi, Eilonwy, Fflewddur, and all the rest. I hope they will find a little Assistant Pig Keeper inside of themselves. I sure did.