#SinsofEmpire: I’ve got grit in places it doesn’t belong… 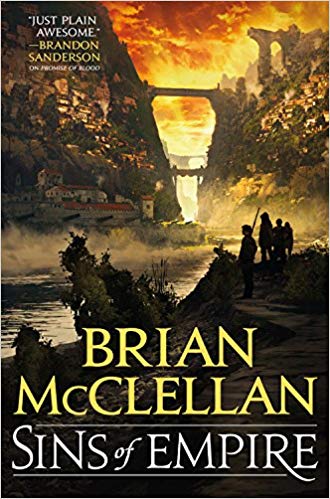 Sins of Empire (Gods of Blood and Powder, #1)
By: Brian McClellan
My Rating: FIVE out of FIVE stars
Best for: Adults only because of language and violence

I loved Brian McClellan’s Powder Mage trilogy, and I’ve been anxiously waiting for the follow up trilogy, Gods of Blood and Powder, to be finished. The last book was published last month, so it’s time to jump in!

Book 1, Sins of Empire, is a very much desired return the gritty world of the original trilogy. (Gritty is literal–powder mages swallow or snort gun powder to access their magic. It never stops being cringy!) It’s epic in scope and world-building and features multiple Sanderson-like magic systems that multiply the fun. This story is told from three POVs, but it’s done very well and was never confusing or bogged down with detail as can happen when a book gets too ambitious.

Sins of Empire takes place 10 years after the events of the Powder Mage trilogy. While there are common characters and references to past events, you don’t have to have read Powder Mage first–although it certainly will have more meaning for you. Looks like Gods of Blood and Powder is written to stand alone.

The Riflejacks are a mercenary army with morals, and they’ve left their home continent to find work in the frontier-like land across the sea. There, they find more work then they counted on when a once isolated and always mysterious foreign power shows up with an enormous invasion force and ambitions beyond conquering the fledgling government. There’s ancient magic hidden in the land, and the Riflejacks and their allies have to keep it away from those who would abuse it—no matter which side of the conflict they claim.

There are a host of colorful and complex characters who are well written and multi-layered. I’m excited to see how their story unfolds. You might consider reading the novella The Mad Lancers before reading Sins of Empire. While not required, it gives the back story of one of the book’s best characters and adds depth you would miss otherwise.

There is no sexual content, but plenty of excessive, gory violence. You’ll find a four-letter “s-h” word every 12 pages. I was disappointed to find the violence and language significantly increased from what I remember in the Powder Mage trilogy.

Adults only thanks to the language and violence. Bummer. 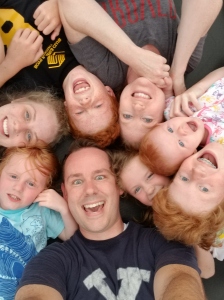 Search here by author or title