#Ender’sGame: My Paradigm Has Shifted 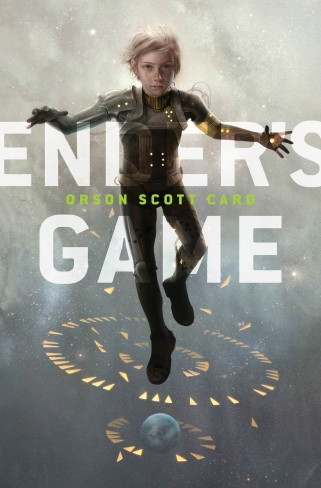 This isn’t the first time I’ve re-read an old favorite and found something new there.

This is the first time I’ve re-read an old favorite and found something entirely different.

Turns out, Ender isn’t cool science fiction about kids who go to battle school in a last ditch effort to save the human race from alien invaders.

Well, actually it is. But that’s the book I read before.

This time, I read a cool science fiction book about a brilliant little boy who saves the world, but nearly destroys himself along the way. He saves himself in the end through his enormous capacity for compassion and empathy for others.

Ender’s message of learning about your enemy until you love them, thus making them no longer your enemy but your friend, is a bright message in our dark world.

Ender didn’t just save his fictional world. He taught us how to save our real one.

I can’t believe I missed this before, but I’m so glad I found it now.

There’s a lot more mild language than I remembered too…

Increased my rating from 4 stars to 5 and changing my reco to 14 and up from 12 and up.

Everyone should read Ender’s Game. I wonder what you’ll find?

In the future, Earth has been attacked once by the Buggers, an alien race of insect like creatures, and Earth’s unified military expects another attack. To prepare for the impending invasion, the best and brightest children are recruited into Battle School–a highly advanced military training physicality in space. They are searching for the one child who can save humanity from certain destruction . . . and they think they have found him in Andrew “Ender” Wiggin.

That’s Ender’s Game. It’s considered among the most influential books in history; it is the standard against which all other science fiction books are compared. It is the winner of the two most prestigious awards in science fiction, is #59 on the reader’s list of Modern Library 100 Best Novels, and is on the American Library Association’s “100 Best Books for Teens. It is even on the U.S. Marine Corps list of recommended reading for officers in training. (Thank you Wikipedia)

For me, 4 stars out of 5 because the ending (after the surprise) is kind of weird. I can’t share anything about it without spoiling, so I’ll just say I didn’t feel perfectly satisfied at the end. But I’ll still recommend it, Ender’s Game really is a fantastic story.

Plus, I strongly recommend that once you’ve finished reading Ender’s Game, you jump right over to Ender’s Shadow. Instead of a sequel, it retells the same story, only from Bean’s point of view instead of Ender’s. It may sound gimmicky, but it works to great effect. For me, Ender’s Shadow is a 5 star book.