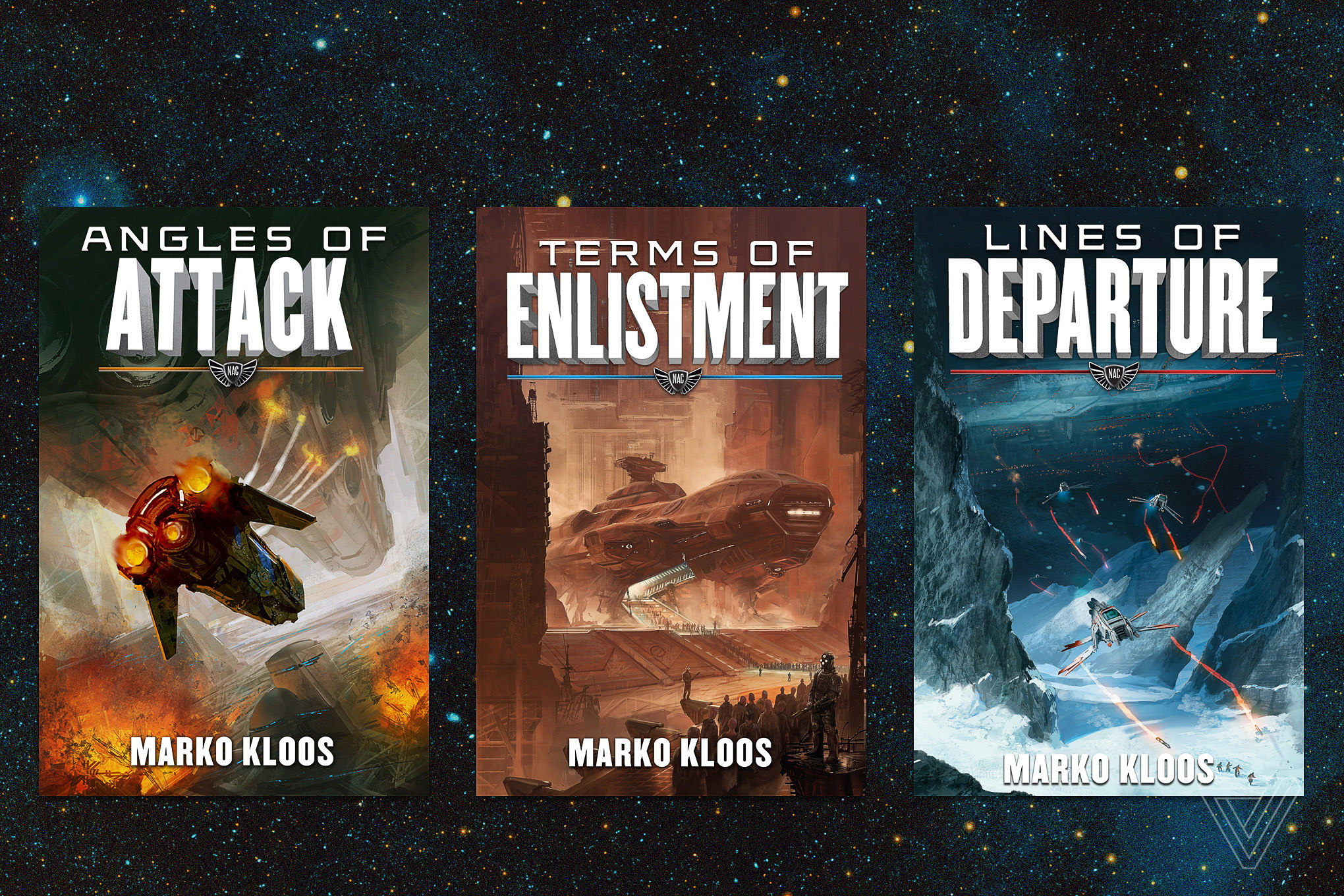 This was a cool find.  Think Scalzi-spacebattle-scyfy, only more character driven.  Future, aliens, believable science, Earth moving to anarchy, government spending all their money on space ships and colonization, military life, fighting to save humanity, learning who the real enemy is.

Also like Scalzi, the books are full of F-bombs. I got a lot of shade for pointing this out after the first book, but I’m sticking to it.  I’m not niave, I know how stereotypical soldiers talk.  I also know some soldiers who don’t.  It’d be easier to swallow if it presented itself as a character trait of one or two characters.  But to have EVERYONE dropping F-this and F-that all the time just wares me out–almost lazy.  Don’t tell me you HAVE to swear when you write military novels, I don’t believe it.  There’s no gory violence. Can’t we leave out the lazy language too?

The story is fun, and I recommend it to all who can handle the language.  There’s another book in the series written, and one more due sometime in the future.  I’ll probably take a break and wait until the 5th book is out before moving to book 4.